“The government has decided to embark on a gas decarbonisation process. Although we have a gas that already has a small emission content, we are prioritising the use of pre-existing decarbonisation technologies,” Minister Tonela said.

Speaking to journalists about the future of fossil energy in the face of growing global concern about climate change, the minister noted that the oil industry had developed technologies to remove carbon from gas and return the pollutant to its source, with a view to exporting a clean product.

Max Tonela said that Mozambican natural gas has little “polluting content”, and will be decisive in deactivating coal-fired power stations in southern Africa and elsewhere, in the context of reducing carbon dioxide emissions.

Mozambique, with its huge gas deposits, wants to be an active player in decarbonisation, using the resource for the economic development of the country, of southern Africa and other countries, he added.

Mozambican company Enserve this week announced the renewal of its existing valve maintenance contract with Sasol at the Temane Power Plant project in Mozambique.

According to a note from the company, under the new agreement in force from 30 June 2021, Enserve Moçambique will continue to provide maintenance and refurbishment services for control and shut-off valves at the Temane processing facility.

“We are pleased to further expand our already close partnership with Sasol Temane,” Enserve Mozambique country manager Paulo Chibanga said. “Based on our excellent and trusted relationship, I believe that extending this successful cooperation will allow us to improve and continue to deliver world-class technical expertise and services to the further benefit of Sasol’s production, competence and capabilities.”

According to the same note, the renewed contract will also allow Enserve to access a growth platform by providing stability, which gains particular relevance at a time when the oil and gas industry was experiencing uncertainty as a result of the Covid 19 pandemic. 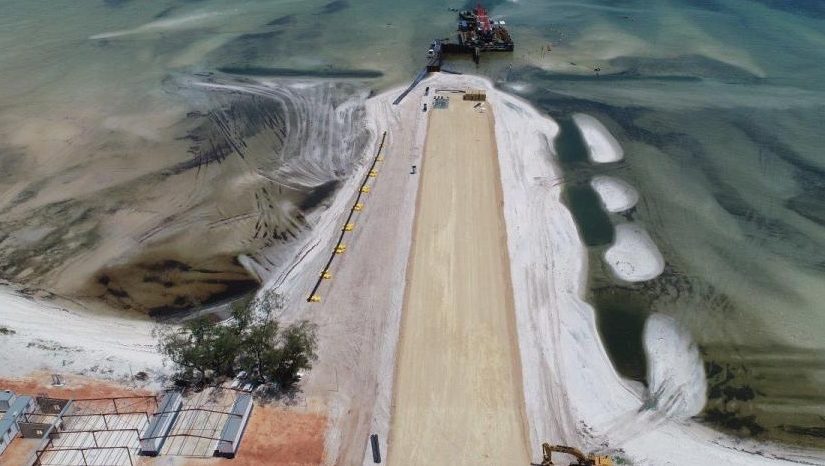 TotalEnergies’ liquefied natural gas (LNG) project in Mozambique could be back on track within the next 18 months after African armies deployed to help quell an insurgency, the president of the African Development Bank (AfDB) said on Friday.

The French energy giant declared force majeure on the $20 billion project in April after Islamic State-linked fighters overran the town of Palma, on the doorstep of its facilities in the northern Cabo Delgado province. It estimated at the time the disruption would delay development by at least a year.

Troops from Rwanda and members states from the Southern African Development Community (SADC) have since deployed to support Mozambican forces to help put down the insurgency.

AfDB president Akinwumi Adesina told Reuters he did not expect the interruption to affect the LNG project’s long-term viability.

“The return of security in that place will give assurances to Total and others to return,” he said. “In one year to 18 months, I expect it to be stabilised enough to get back on track.”

The AfDB is lending $400 million to the project, which is Africa‘s largest ever foreign direct investment and a lynchpin of Mozambique’s economic development strategy.

“It gave us real concern when Total declared force majeure and they had to move out. But you can understand because of the insecurity situation,” Adesina said.

Southern African nations agreed in June to send troops to assist Mozambique, and Rwanda, which is not a SADC member, deployed 1,000 soldiers a month later.

But Adesina said insecurity was still restricting investment in other parts of Africa, pointing to conflict zones in Chad, Mali, Burkina Faso, northern Nigeria and Cameroon.

He said the AfDB was developing facilities, including security-indexed investment bonds, to help African countries tackle insecurity and rebuild after unrest.